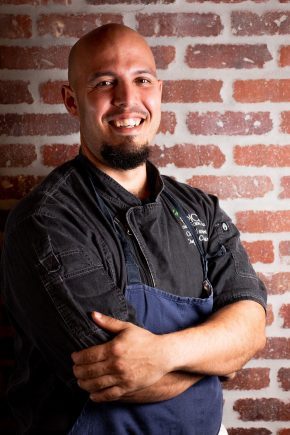 Chef Aaron Arditti was born and raised in Cuba and came to Miami, FL at the young age of seven. He attended JWU to study culinary/food. Arditti, of The Brick: American Kitchen & Bar, began his career at the Biltmore in Coral Gables. Two years later, Arditti made the bold move from Miami to New York City to further his career. In the Big Apple, he worked at Jean-Georges on Perry Street and the Modern at the Modern Museum of Art. He then made his way to the Fontainebleau Miami Beach, where he worked at Scott Conant’s Italian restaurant, Scarpetta, for a year.

After a short time at Scarpetta, Arditti launched his own food truck, the Pork Shop, where he showed off his chef skills for a little less than a year. He then made his way to Azul at the Mandarin Oriental for six years. There, he started as a chef de partie and moved up to chef de cuisine for the last ten months of operations. After Azul, he found his way back to the Fontainebleau where he worked as a sous-chef at Michael Mina’s steakhouse, StripSteak. It has been a career full of great changes, learning, and experience for Arditti, but a great one at that. 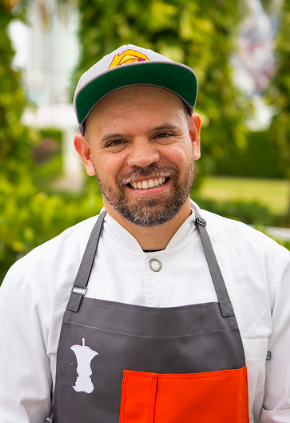 Born in Medellin, Colombia and migrating to Paterson, New Jersey at age nine, Cesar Zapata became a chef the moment he was dubbed “family cook” while his parents worked. Over the years, he perfected his family’s recipes and taught himself to recreate other cultural classics that saturated his neighborhood. It wasn’t until he moved to Texas, however, that his scope broadened and his passion for the culinary arts truly ignited.

Intrigued by the ways of regional barbeque, Mexican flavors, and the seafood bounty of the Gulf, Zapata enrolled in culinary school at the Art Institute Houston. In addition to the flavors of the south, the city exposed Zapata to a multitude of Asian cuisines as cultures, especially Vietnamese flavors.

Five years later to the day, Zapata and Meinhold re- introduced a grown up version of Phuc Yea as a stand-alone restaurant in the heart of the Miami Modern “MiMo” (Upper East Side) District.

While The Federal was about cooking food of his childhood and early adulthood, Phuc Yea is an expression of where he has come from combined with his identity alongside his partner in life and work. Phuc Yea is the perfect blend of the couple’s heritage and culinary passion with its Viet-Cajun riff on Vietnamese street food.